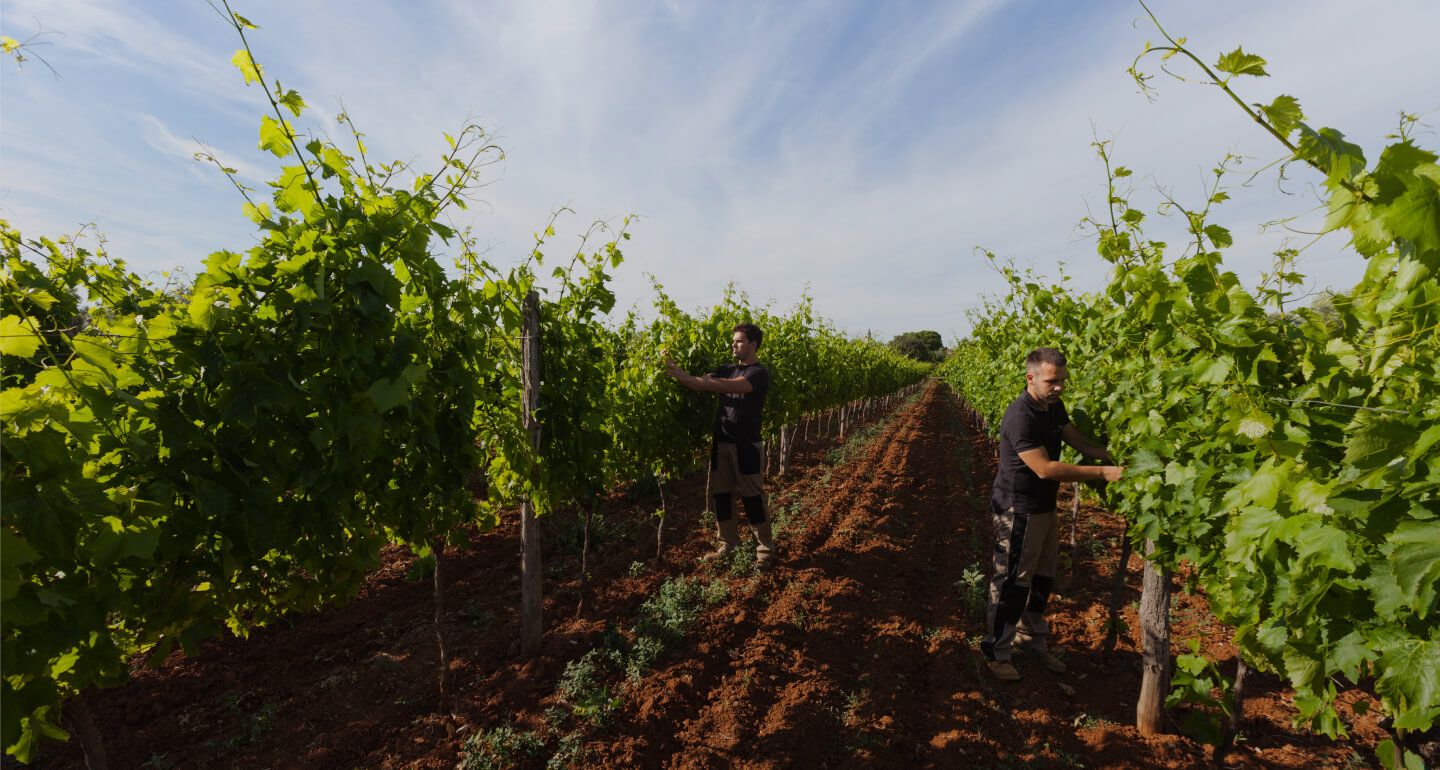 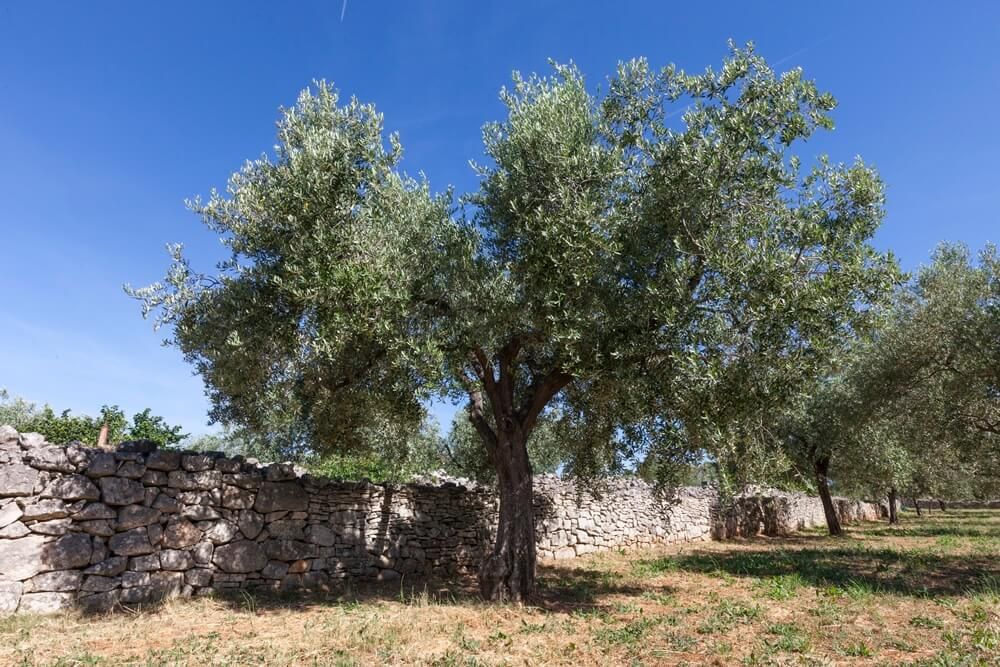 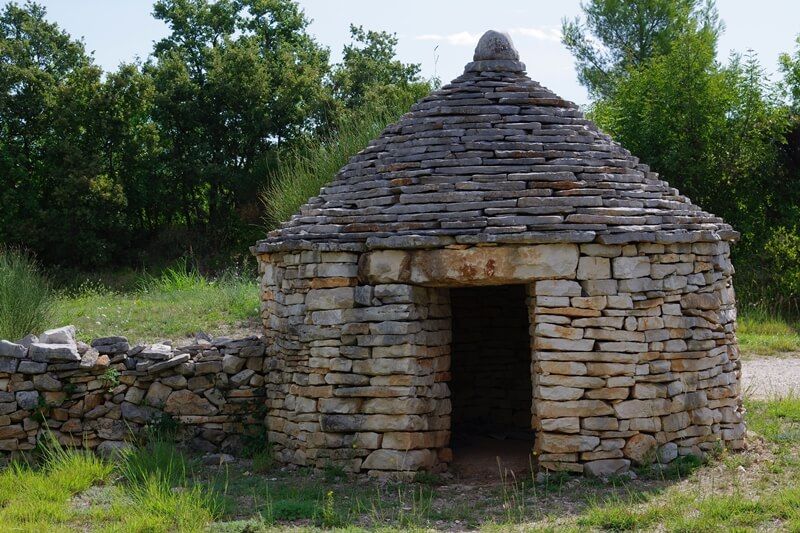 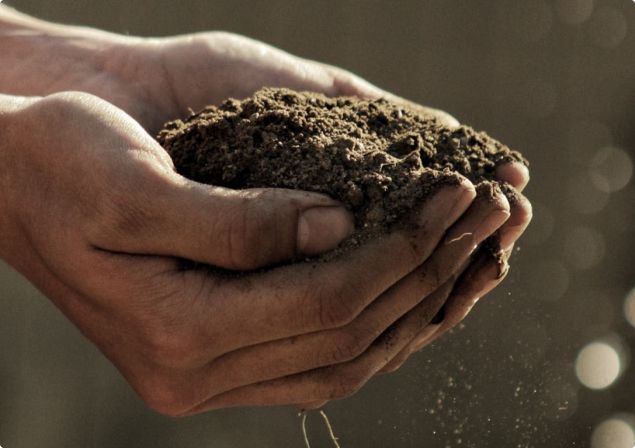 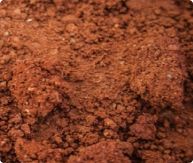 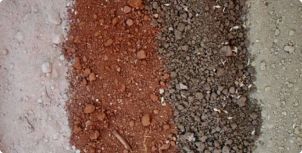 “White Istria” refers to the north-eastern part of the peninsula, where the high mountains of Ćićarija and Učka rise up to 1396 m. “White” Istria takes its name from the white limestone rock that swoops steeply into the interior of the peninsula and the rugged eastern coastal area, which is far more sparsely populated than the western coast.

“Yellow or Grey Istria” occupies the central part of the peninsula, the area between the Gulf of Trieste and Kvarner bay and gets its name from another type of fertile soil: the greyish-colored flysch, a mixture of marl, sandstone, clay and limestone. Between the central part and the western coastal zone (the most populated) extends a limestone plateau with red soils. These red soils gave this part of the country the name “Red Istria”.

Our vineyards belong to the subregion of Croatia, Istria. The vineyards of West Istria are recognizable by the Mediterranean climate that conditions many natural processes and has a significant impact on the growth and development of grape vines.

The vineyards are located on red soil on the elevation of 100 to 140 meters. We deal with 7 hectares of vineyards where you can find varieties like Istrian Malvasia, Teran, White Muscat, Merlot, Cabernet Sauvignon and Muscat rose. 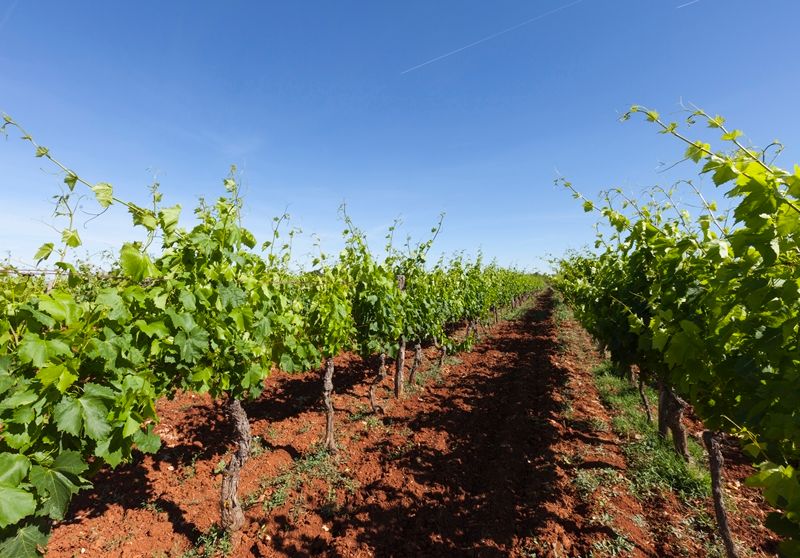 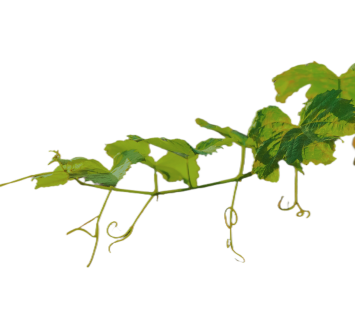 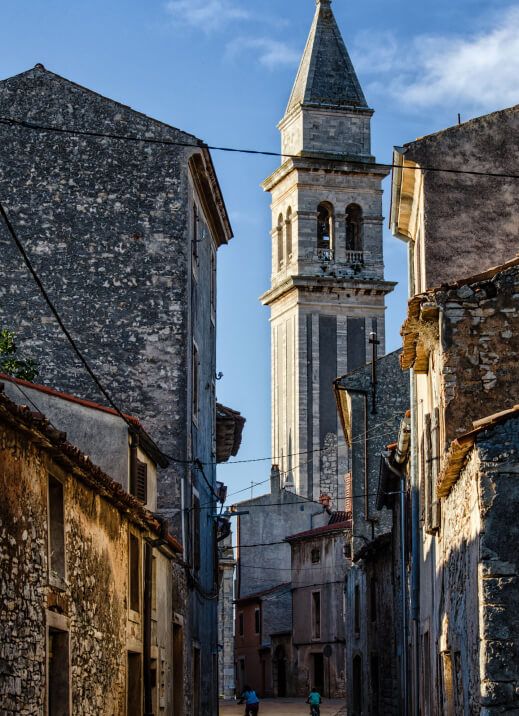 According to the legend, it developed out of seven properties, or villae, which were part of the colonial goods of Pula-Pola. Its name has its origins in a Roman personal name that appeared in written sources as Vicus Atinianus or Adinianum. The large Piazza del Popolo in the centre of the town denotes the old place where a castle was built.

The place was irregular in shape and had three doors that allowed access to the castle and the square: one towards the Mercerie, another led to the Contrada del Forno Grande and the third linked the two quarters (Contrada); Portarol and Duomo. The present-day town square was formed after the castle was destroyed in 1808 and the surrounding streets were paved with its stone.

It retained its medieval urbanist character with several main streets and winding side-alleys with palaces and churches, of which the largest is the Parish Church of St. Blaise with the highest campanile in Istria. The treasury of the Church of St. Blaise is rich in artworks and non-decomposed bodies of mummified saints, such as St Sebastian and St Barbara, have particular significance. The body of St Nicolosa, a Benedictine nun who died in Venice in 1512, is particularly well preserved and is often described as the best preserved mummy in Europe. 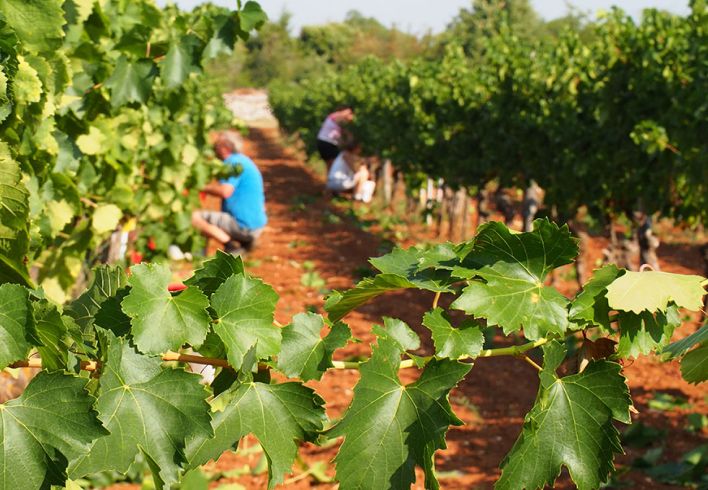 The harvest season in our region falls between August & October and is determined primarily by the ripeness of the grape as measured by sugar, acid and tannin levels with winemakers basing their decision to pick based on the style of wine they wish to produce.

It is well known among grape growers and winemakers that many parameters, such as the phenolic maturity of the grapes at harvest, significantly impact the overall quality of the finished wine. Manual picking remains the tradition in our company, and only the best ripe grapes will go into the vats. 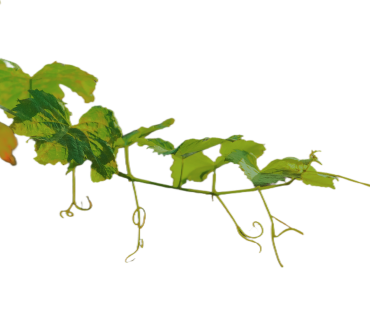 On the other hand, we hold the most famous Istrian agricultural culture in the olive groves near the city of Vodnjan where we owned about 1,000 trees of various sorts.

Among them we can point out - Vodnjanska male and female Buza, Istrian Bjelica and other varieties such as Leccino and Pendolino. 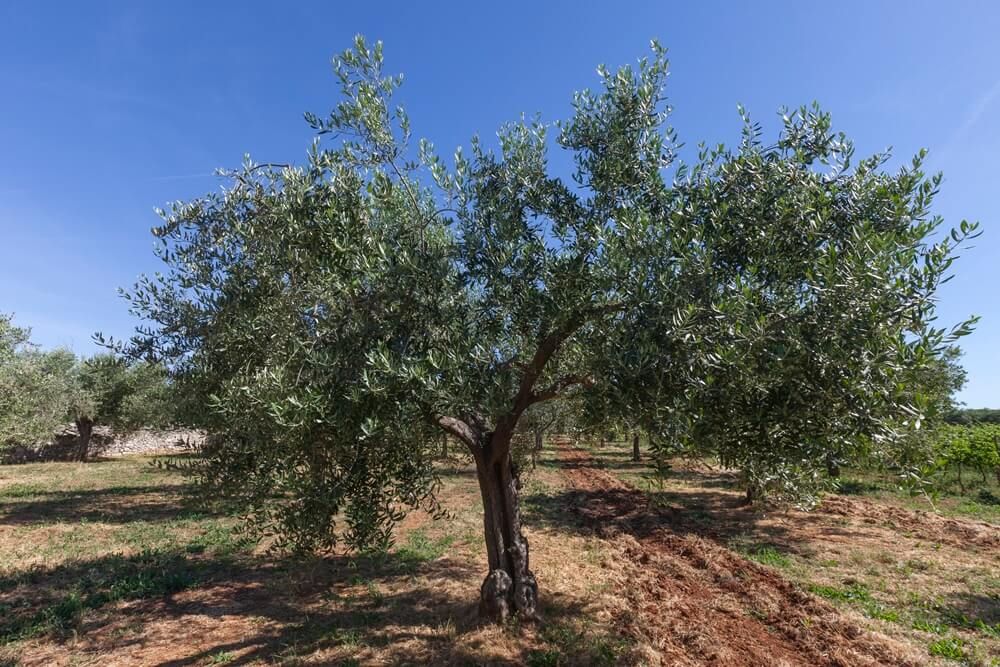 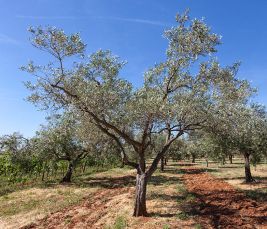 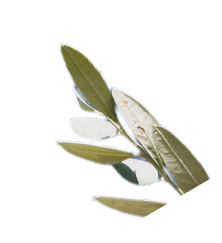